Difference Between Ice Cream and Gelato 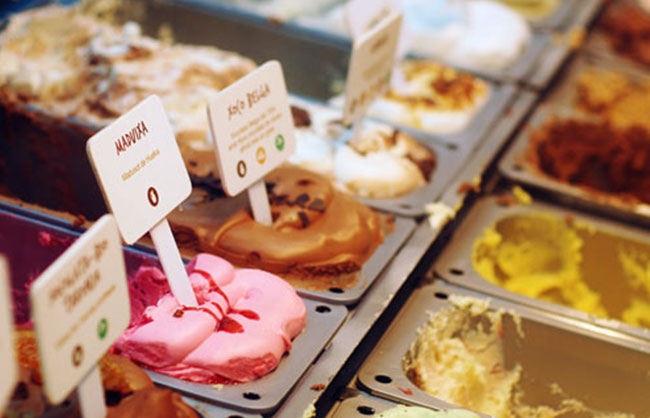 Many of you have asked about the difference between ice cream and gelato. Here are 3 of the main differences.

The base is similar in both, but gelato has more milk, less cream, and typically doesn’t contain egg yolks, which are a common ingredient of ice cream. According to Morgan Morano, author of The Art of Making Gelato, the differences between ice cream and gelato begin with their ingredients and their proportions. The base for both is a mix of cream, milk and sugar. Ice cream, however, contains way more actual cream than gelato and it contains egg yolks, which are rarely if ever used in traditional gelato (except for flavor on occasion).

According to the FDA, ice cream must contain at least 10 percent fat. As a result, the fat content is higher in ice cream usually between 14 and 25% while Italian style gelato on the other hand contains only 4 to 9% fat.

Gelato is churned at a slower rate, so less air is incorporated, yielding a denser (and more intensely flavored) product. Ice cream churns faster, so the increase in volume is substantial — by at least 25 percent and up to 90 percent — resulting in a more airy treat.

Due to it’s increased density, gelato is served at about seven to 12 degrees Fahrenheit, which is anywhere from 10 to 15 degrees warmer than ice cream is traditionally served. If you tried to serve gelato at the temperature that ice cream is, it would be far too cold to taste or really even enjoy. And honestly, no one likes their ice cream or gelato freezer-burnt anyway.

The difference between ice cream and gelato is not only about their ingredients , texture and serving temperature. If you really want to get picky lets talk about what utensils to use when serving either of these frozen deserts. While ice cream is served with a rounded scoop, gelato shops generally use  a spade instead, which helps shape and soften the gelato before it’s served. This technique adds to the traditional charm of this dessert.

With summer upon us treat yourself to our gelato and ice cream carts as a great dessert after one of our delicious menus.

Don’t delay, contact us now to make sure that we’re are available for your next function. 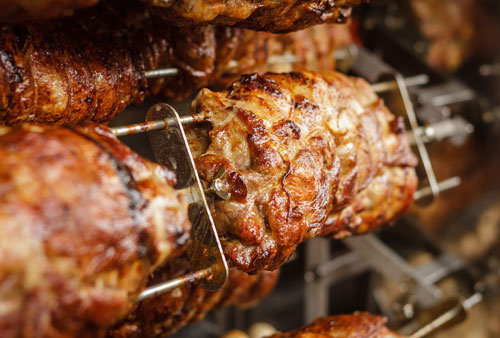